July 4th, 2015, the day I checked into my new workplace. Since it was late at night, my sponsor dropped me off at the hotel and told me what time she would meet me the next day to show me around town. I couldn’t sleep so I just surfed the Internet and watched TV until it was time to meet up again.

July 5th was the day I learned the first rule of living in Sasebo: get an umbrella. My sponsor picked me up at the hotel and we headed toward the city. I’m not a very tall person and was excited to be considered average height for once, but the first thing I noticed when walking around town was that I was still really short. We strolled through a large shopping strip that Americans call the “Ginza.” 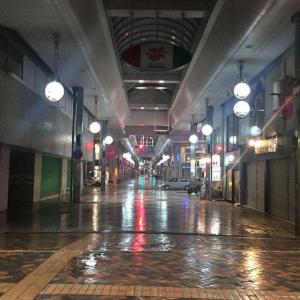 The Ginza was maybe a little over a mile long and completely covered. This was great because it protected us from constant barrage of Sasebo rain. The picture above shows what it looks like at night during the rainy season. It reminds of that movie Black Rain where Andy Garcia gets (SPOILER) killed by the Yakuza.

We walked around for a little bit and finally decided on a place to eat: Chango’s Mexican Food. I was excited to taste Japanese-Mexican food. The place was connected to a nail salon; I think the wife ran one side and the husband ran the other but I could be making that that up. On this day, I learned that Japanese portions are very small. I had a steak burrito that was probably less filling than a QuikTrip taquito. After lunch, we visited a bakery that I would find myself visiting frequently for years to come.That was the extent of my first day in Japan.

The second day was also pretty uneventful. I walked around the local area and took pictures of the mountains. Some of the houses on the mountains had a certain mystique to them like Erasmus’ castle in Quest for Glory 1: So You Want to Be a Hero. 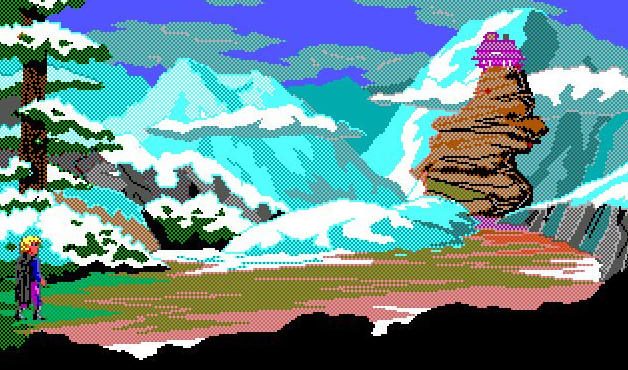 By the way, this game was a staple of my childhood and inspired much of my writing style so if you dislike how I write, you can blame Sierra Entertainment. Anyway, the only event happening on that night was the firework show. In the evening I met up with a future co-worker and her husband who had access to the best view in town of the show. We were also supposed to meet up with another newbie to Sasebo, but apparently he wasn’t the extremely social type and stayed home instead. I spent the evening watching the firework show and chatting it up with my new friends.

Once the show ended, I retired back to hotel and prepared my clothes for the next day. Again, either because I was anxious or jet-lagged, I didn’t get much sleep. Tomorrow would finally be my first day at work.