Move over Ocean’s 8, there’s a new crew in Hollywood and they’re stealing high-end electronics. A thief with a possible accomplice broke into an Everything Deals warehouse earlier this week and stole about 500 iPads.

After reviewing the surveillance videos, sources say this heist was likely an inside job. Take a look and judge for yourselves:

The guy uses a sledgehammer to make a tiny hole and crawls through it like the Asian dude from Ocean’s Eleven (which is still, by far, the best Ocean’s movie). Then he heads straight for the surveillance camera and cuts the feed. He either did some extensive research on the place or he works at the warehouse and already knew where to look.

There are no leads on who the burglar might be, but he or she did leave one big clue: immaculate eyelashes. Whoever stole those iPads really wanted the world to know that they put a lot a work into their eyebrows. 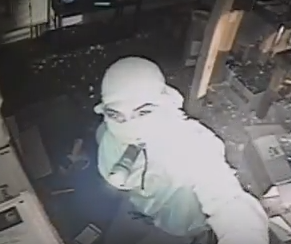 Now that the thief got away with the iPads, his or her (I will not assume their gender) has to worry about how to discretely trade those useless tablets in for cold, hard cash. Then again, who could resists a salesperson with commanding eyebrows like that.

* side note: notice how the featured image is a picture of an iPad laying amongst lemons, an analogy to how terribly useless they are. Why get an iPad when you can get a vastly superior, highly-productive Surface Go?