I will be the first to admit that I did not take advantage of my proximity to Asia to visit all of Japan’s neighboring countries. I did, however, get a chance to see a lot of Japan in addition to a short trip to Hong Kong. For this entry to the Sasebo Sasebro blog, I’ll talk about my trips to Iwakuni.

We competed against our fellow branch clinic in Iwakuni in a sporting event known as “Iwakuni Fun Day” twice a year, once on their home turf and once on ours. The first time we traveled up there in 2015, most of us were relatively new to Japan and one of the first friends we made at the clinic was actually a clinician from Iwakuni who was working in our clinic temporarily. The handsome gentleman, Mr. Naples, can be seen in the photograph below (second from the right). 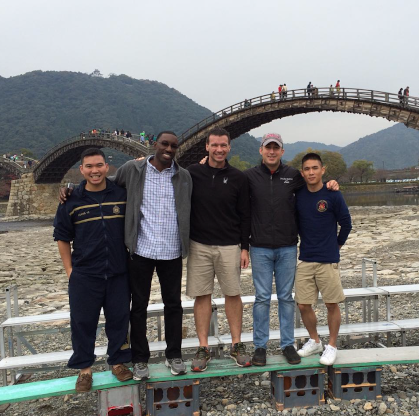 We attempted to show him a good time in Sasebo and he returned the favor by showing us around when we went to Iwakuni. He took us around and we saw the famous Kintai Bridge (pictured behind us) where it is rumored that Charon escorted the souls of the newly deceased into the afterlife.

We also got a chance to see Iwakuni Castle. Apparently Wikipedia says the original castle was destroyed and the one we saw was merely a replica. Unfortunately, I did not know that at the time and am slightly upset that this now just a picture of a fake castle. 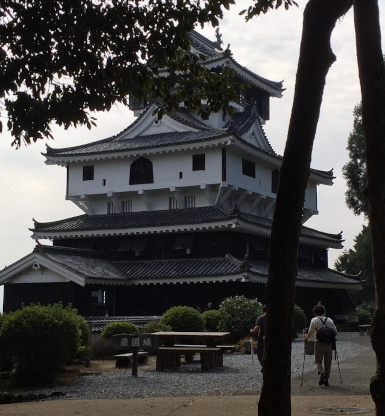 The next year, after Mr. Naples left Japan, we no longer had a close contact in Iwakuni. Rather than spend the evening in Iwakuni, we decided to venture out to Hiroshima and experience the local nightlife. 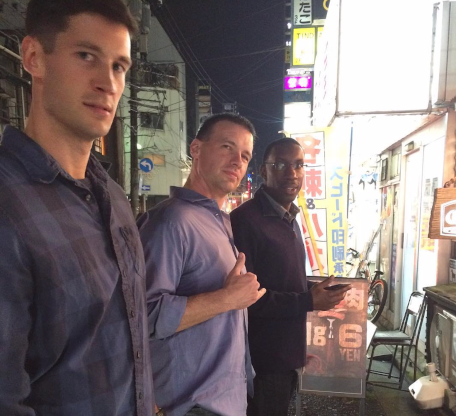 Hank, Pat, Rodney and I had a memorable night that involved hopping through various establishments with random Japanese-Brazilian people. This was probably the last time we had a competitive Iwakuni Fun Day; all subsequent Fun Days resulted in the annihilation of our clinic.

I ended up going to Iwakuni a couple other times, including the 2018 Fun Day, but other than one of the most embarrassing defeats in basketball history, nothing exciting happened.

Disclaimer: There is definitely some fake history in this article.